Why we need to move on from these ideas of dominance in dogs, alpha males and pack leader bullsh*t.

Dominance in dogs, Alpha Males and Pack Leaders. Is it all bullsh*t?

Theories around dogs displaying dominant or alpha characteristics can be very simply explained and thus are very popular. But this definitely doesn’t mean they’re true. I could give you thousands of reasons why we need to move on from these ideas of dominance, alpha males and pack leader bullsh*t.

In every consultation, I find myself breaking down these misconceptions because people are either misled by professionals or simply get some bad advice from someone who also got some bad advice before them. Often these terms are used to explain dogs’ behaviour even if things have absolutely no connection at all.

So here goes a shortlist of ten good and rational reasons to debunk this myth:

1- Dogs aren’t wolves, nor are they pack animals. They’re social animals. What does this mean? They don’t hunt together and they don’t live in packs. Street dogs can often live with other dogs, but the structure of their lives doesn’t depend on other individuals. So how could there be a ‘leader of the pack’?

2- Dogs and wolves share a common ancestor around 40,000 years ago. They then diverged into separate species, and thus, had 40,000 years to acquire many distinct characteristics from each other.

3- The domestication of dogs also began around 32,000 years ago. Can you imagine how many evolutionary processes dogs probably went through living alongside humans? Directly comparing them to modern days wolves seems like a bit of a stretch, doesn’t it?

4- There’s no evidence for dominance crossing species. In theory, animals can only be dominant within a group of individuals of their own species. So, even if dogs did carry these traits they would not display it within dog-human relationships.

5- The theory of dominance is from thesis written by Thorleif Schjelderup-Ebbe in 1921 and we have learned A LOT more about dog behaviour since then.

6- The theory of dominance doesn’t have anything to do with trusting you or allowing you to take the lead. It’s to do with access to the available resources (food, water, shelter) which are limited in the wild. This is definitely not the case with domesticated dogs.

7- Dominance is not a fixed status. The individuals in the pack share the status of leader from time to time.

8- It’s not always a male. Studies have found that sometimes female animals can be the “leader of the pack”.

9- The scientific theory of dominance is very different from the advice that punitive dog trainers give around the world. There’s nothing bad about setting boundaries, but hurting animals is cruelty.

10- We now know a lot more about how mammals’ brains work. As a group, we seek reinforcement and avoid painful and scary situations. Recent studies show just how effective not using punishment and fear-free dog training methods are.

I believe, finding the root of the problem in our dogs’ behaviour is much more useful than simply using the terms ‘alpha’ and ‘dominant’ as an explanation. We can change our dogs’ behaviour by looking into their fears, emotions, motivations, desires and most importantly, NEEDS! Stop using these outdated labels and start focusing on the facts.

If you did believe in this theory (as I used to), follow us on Instagram (@positivedoglondon) and send me a direct to talk more about this. Here is a safe space and I’ll never judge you. We just need to carry on evolving.

If that was interesting, please forward it to a friend, share it in your stories or tag someone in the comments so we can share this information and end cruelty towards dogs. Mistreating dogs to reassert our own power needs to end! 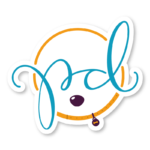